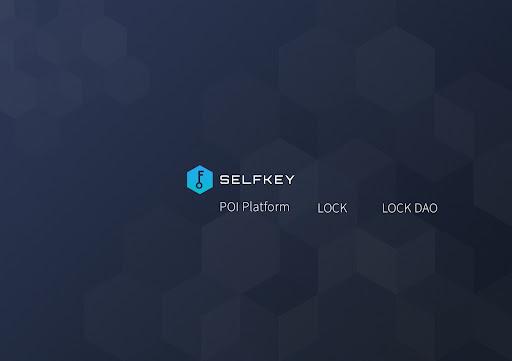 Port Louis, Mauritius, November 8, 2021: SelfKey is proud to release the whitepaper of its unique Proof of Individuality (POI) system, an innovative approach to a “proof of personhood” system which can help mitigate Sybil attacks. The POI system is built on top of SelfKey verifiable credentials and extends the existing SelfKey decentralized and trustless identity verification system that powers applications in the blockchain ecosystem. SelfKey is releasing the POI whitepaper for public feedback and review, and the system will launch as a DAO, governed and supported by its own token, LOCK, which can only be earned through KEY staking.

The POI system aims to enable Sybil-resistant identities and decentralized user identification. As most blockchain systems use wallet addresses for identification, it is a current challenge  to validate that one address represents one person, as one person is easily able to create multiple key pairs. As a consequence, most blockchain governance systems unfortunately are governed as plutocracies, in which power is concentrated in the largest token holders. Instead of this flawed type of governance, a POI system is part of a holistic solution to DeGov, as mentioned by Vitalik Buterin in his article: “Moving beyond coin governance.”

SelfKey’s POI relies on a number of different features to prevent a Sybil attack via biometric data and shelling games, driven by the decentralized work of the POI users themselves.

The POI system ties a wallet to a single person without having to disclose the actual identity of the person to anyone requiring POI. External observers can simply verify that this wallet address is owned by a person who provided proof of identity and that the wallet address should represent one unique human.

“We’re really excited to unveil the new POI whitepaper to the world,” said Edmund Lowell, Head of Product at SelfKey. “Tackling identity and governance issues is paramount to blockchain, Web3 and, eventually, the entire world. Without a direct democracy, blockchain projects are left with power by wealth—a naturally centralizing force. As this project will launch as a DAO, it’s critical for a broad spectrum of users to get involved, participate, as the community is the most important aspect of a decentralized system.”

SelfKey is a blockchain-based identity ecosystem with the SelfKey Identity Wallet, the SelfKey Marketplace, and the KEY token at its core.  The SelfKey identity ecosystem allows individuals and companies to own, control, and manage their digital identities, digital asset portfolio and instantly onboard onto financial, immigration, and corporate services.

The proposed POI platform and the governance token LOCK, intends to resolve some of the critical issues in DeGov. The POI system and the ideas discussed in the whitepaper may be adopted by other projects to help create an evolved system that may eventually offer secured decentralized identities to users in a future dominated by virtual worlds and the metaverse.