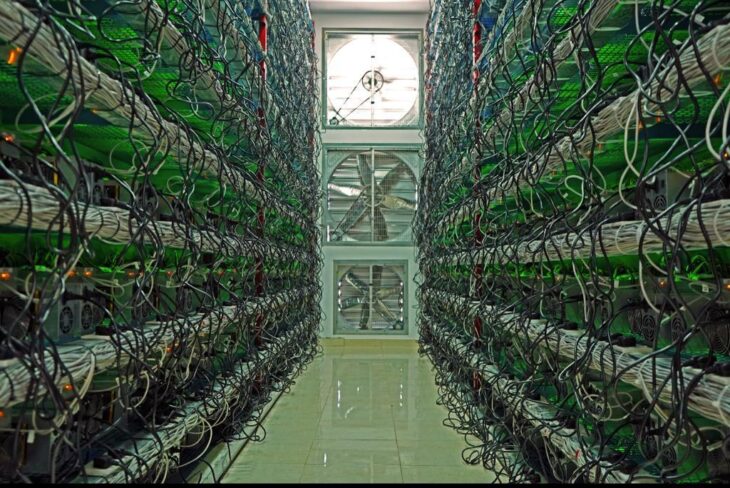 Dubai, United Arab Emirates, December 22, 2021: Metamining is a Bitcoin mining operation that spans over 30,000 machines securing the network and collecting BTC block rewards. The operation resides across the Middle East, benefiting from affordable electricity. However, these units do not require air conditioning but are kept cool through a “water curtain” system that is six times more power-efficient.

The company has announced that it evolved into one of the most profitable Bitcoin mining operations worldwide. combined with the Middle East’s affordable electricity rates and a new partnership to finance development and IPO structuring assistance, pave the way for even better things in the future.

An operation on this scale requires future expansion opportunities and solid maintenance. Metamining founder and engineer Sarah Sacrispeyre has come up with a solution to make that possible. Through a modular approach, she is able to save costs and enhance overall maintenance and efficiency to current operations while still allowing for future expansion.

Sarah Sacrispeyre has set up Metamining with her husband, a Business Angel who successfully sold his insurance business previously.

Metamining recently partnered with Ariane Capital to finance its current and future development. Additionally, Ariane Capital will offer support to help Metamining structure its upcoming Initial Public Offering (IPO). Going public will bring more attention to the cryptocurrency space and highlight the energy-efficient nature of a mining operation in a country with a hot climate. Per year, two of the twelve months pose a challenge due to rising humidity.

All of the initial infrastructure of MetaMining has been funded by the husband-and-wife team themselves, allowing them to keep close tabs on the operation and expand over time. Today, they run several mining farms across the region, pulling in thousands of BTC every month. Using Algeco containers to get hardware online as quickly as possible remains a crucial aspect, as establishing traditional buildings takes months. Through these containers, mining can begin in mere days.

The use of water curtains makes MetaMining operations incredibly energy-efficient. Essentially all the electricity is going to online hardware and hashing as oppose to cooling systems, allowing operations to expand further for the foreseeable future. The hardware is powered by Bitmain ASIC’s.

The company mines bitcoin and Bitcoin Cash only, as mining profitability tends to favor one over the other. However, both ecosystems use the same algorithm, allowing for convenient switching between the chains and pools when the need arises.

Metamining is the most green and ecofriendly mining operation in the world. The company is based in Dubai and consists over 30,000 machines powered by Bitmain.