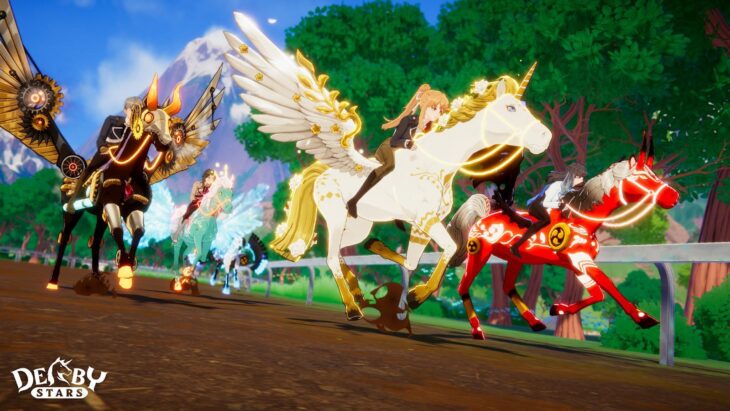 Derby Stars, a AAA play-to-earn game centered on horse racing, is migrating to the Polygon Network, moving away from original plans to deploy on Terra.

As one of the most anticipated game projects on Terra, Derby Stars raised $6 million in its seed round earlier this year. Its 10,000 Origin horse NFTs sold out within minutes across three rounds of public pre-sales combined. Derby Stars gained popularity for its high-quality graphics, recently released trailer video, and much-anticipated whitepaper release.

After the unfortunate incident on Terra, the Derby Stars team received migration proposals from more than 10 blockchain foundations, including Polygon. The blockchain industry expects Derby Stars to be the next-generation P2E game after a successful migration.

The Derby Stars team ultimately decided on Polygon, a scaling protocol built to complement and scale the Ethereum network coupled with its highly engaged community of gamers — currently numbering over 900k weekly active wallets. The chain’s stability was also a major factor in Derby Stars’ decision, as Polygon has been operating without issues for many years.

Ryan Wyatt, CEO of Polygon Studios, said: “Polygon continues to be a leader in Gaming in web3. Derby Star’s migration illustrates our commitment to helping the Terra community and furthers our mission to build a world class gaming ecosystem.”

The team is preparing to coordinate the migration of the NFTs to Polygon. Soon after the migration, Derby Stars will proceed as planned with the token generation event to power the virtual economy, as well as the Alpha game launch that will provide utility to its NFTs.

Finally, Derby Stars is receiving top notch backing from Polygon Studio, which will provide technical, PR and marketing support to the project. Derby Stars team is excited to enter a wide blockchain ecosystem and work on collaborations with many of its projects.

“We are very grateful for the partnership with Polygon. We hope that together we will find answers to some of the major challenges that the GameFi industry faces today, such as high transaction fees, limited NFT functionalities, and more importantly, the need for improvement in game quality and user experience.” said Sean Hahm, Lead Producer of Derby Stars.

About Derby Stars
Derby Stars is a horse racing metaverse game where players can breed, grow, build and trade. It is a first-of-its-kind AAA play-to-earn game in the horse racing genre. Built by a team of game veterans, Derby Stars aims to provide a high-quality player experience never seen before in an NFT game. It is incubated by UNOPND, a gaming-centric Web3 startup studio powered by Hashed.

About Polygon Studios
Polygon Studios is the Gaming and NFT arm of Polygon focused on growing the global Blockchain Gaming and NFT industry and bridging the gap between Web 2 and Web 3 through investment, marketing, and developer support. The Polygon Studios ecosystem comprises highly loved games and NFT projects including OpenSea, Upshot, Aavegotchi, Zed Run, Skyweaver by Horizon Games and Decentraland.