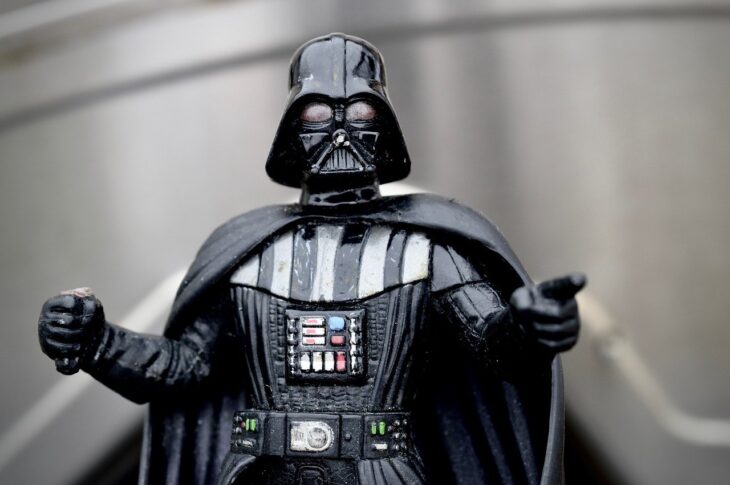 MANCHESTER, UK – May 23, 2021 – Known Origin, the UK-based marketplace for rare NFT digital art, today announced the upcoming auction of a unique sci-fi film collectible, a bronze casting of the hand of legendary actor, David Prowse. Prowse starred in dozens of films but achieved global recognition portraying the best-known movie villain of all-time in one of the highest grossing box office sagas in movie history. Prowse died on November 28, 2020.

Digital Artist, The Seeker, in collaboration with Known Origin, is releasing just three bronze hand casts for collectors at auction. These casts are linked to the Ethereum blockchain via three NFT digital artworks entitled ‘Imperium Sine Fine’- An Empire Without End, created by The Seeker. In addition, three standalone NFT offerings (which do not include the bronze casts) will be available.

David Prowse only gave permission for his hand print to be immortalzed on one occasion, 15 years ago, to a private collector who had personally worked with Prowse. With his passing, the owner of the original cast permitted three bronze casts to be made. These are the only hand cast copies in existence and the owner of the original hand cast says no more will be made.

This is a once in a lifetime opportunity for fans of the films to obtain a piece of limited edition digital art and a rare movie collectible. Each cast comes securely packaged with a certificate of authenticity, a unique holographic sticker, and identity number. The casts are numbered after the years that were significant in movie history to Dave Prowse’s career: 1977, 1980 and 1983.

The auction, which will be hosted at Known Origin, will commence on May 25, 2021 at 18:00 PDT, and run until  May 29th Midnight PDT. The auction can be found here: https://knownorigin.io/the-seeker

“We are delighted and excited to be a part of film history, using both digital and physical components to make a movie lover’s dream come true,” said Known Origin co-founder David Moore.

UK-based artist The Seeker started her career as an archaeologist, influenced by her great-grandfather’s love of collecting curios. A traditional oil painter for over 15 years, The Seeker has created works for clients in the UK and USA. Curious about the online digital art space, she has joined forces with Known Origin in her inaugural art auction on the platform.

Known Origin is a leading cryptocurrency Art Marketplace on the Ethereum blockchain. Discover, buy and collect digital artwork by some of the world’s most respected artists, illustrators and designers.